So, in the first of my occasional classic camera reviews, I’m going to be looking at the Olympus Trip 35, which I picked up from ebay for about twenty quid just over a year ago.

It’s a 35mm camera that had a pretty long production run, from 1967 to 1984, and as the name implies, it was intended as a compact suitable for taking away on holidays.

It’s a fairly small thing, though made of metal, so weighs in at 400g. There’s a fixed 40mm lens which opens up to f/2.8, with a window viewfinder next to it for framing, which has guidelines to help account for parallax error. Focussing is by means of a dial around the lens, there are pictorial presets for close-up single person shots, small groups close up, group long shot and landscape compositions. To be honest, I didn’ t find these very useful for helping set focus, but fortunately underneath the lens you can see at what actual distances these settings equate to.

Also around the lens is the film speed dial, which has a range from ASA (ISO) 25 to 400, which is a bit restrictive these days considering the higher speed films commonly available.

Closest to the camera body is the aperture ring. The f-stops go from 2.8 to 22, although the normal mode for general use is the automatic “A” setting. Manual aperture selections are for use with external flash, which connects via hot-shoe on the top.

Probably the most distinctive element of the lens is the array of light sensitive cells that circles the front element. This doesn’t require batteries, and with the correct film speed selected, adjusts the aperture automatically for the current light conditions. 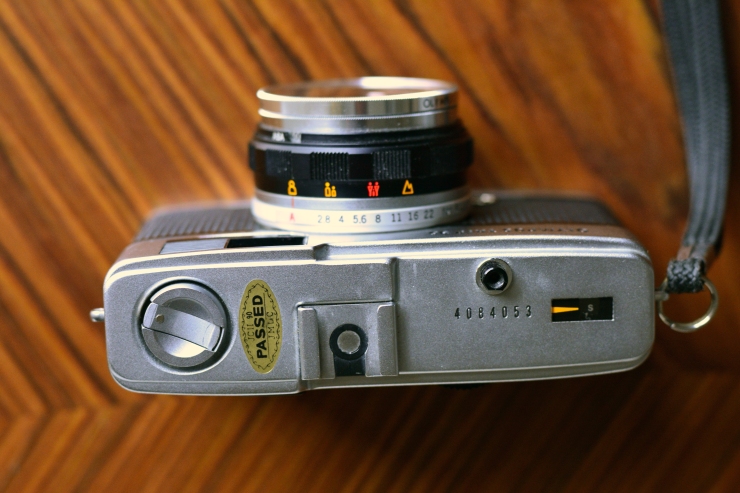 On the top plate of the Trip 35 there is the aforementioned hotshoe, the shutter button, the film rewind dial and the frame counter, so you can see how many shots you’ve taken. The back of the camera features the viewfinder peephole and film advance dial. The film door is opened with a little switch on the bottom left hand side. Underneath there’s a tripod mount and a little button that needs to be pressed before you can rewind the film.

The film is as easy to load as any manual 35mm camera. Then you set your film speed, select your focus distance, frame the shot, press the shutter button – that’s your picture – then wind on the film for the next frame.

Well. In theory. In practise I found getting focus right a little hit and miss as there’s just no way to see what will actually be in focus. Mostly I suppose this is down to my poor judgement of distance, which may improve with experience, but there is the additional complication that you don’t know what aperture the camera is selecting so you can’t know what leeway you may have in terms of depth of focus.

It’s also a little bit too easy to get nudge the ASA dial out of place. It does click into each setting but doesn’t require too much effort to dislodge it. If you’re putting on a filter, you will definitely need to remember what film you’re using in order to reset your speed.

I found the auto-exposure worked pretty well. When there’s not enough light a little red indicator pops up into the viewfinder and you’ll be prevented from taking a shot. This can be overridden by choosing your f-stop manually, you just need to remember to switch to Automatic mode again afterwards. Which I failed to do on more than one occasion.

Pictures are nice and sharp – where focus is correctly set – and the auto-exposure does a good job. I was very pleased with the performance. 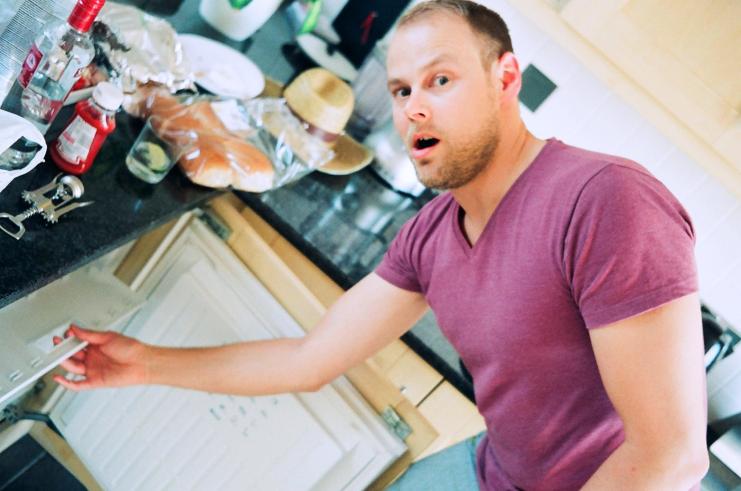 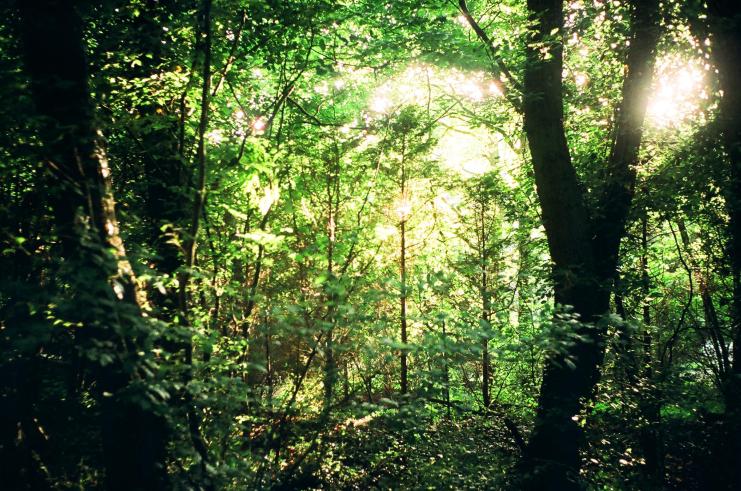 Overall I’m really pleased with the Trip 35. It’s small enough to chuck in a bag and carry about most places, it’s simple to use, you never need to worry about batteries, and the results are very pleasing.

On the other hand, it IS just a compact camera. The focal length is fixed and you’re not seeing the final picture through the viewfinder, making it a little easy to get the focus wrong if you’re not thinking about what you’re doing.

In July I’ll be going on the Trans Siberian railway, and it has occurred to me to take this camera, but then I’ve also got the option of taking a film SLR, which for the sacrifice of just a little more size and weight will give me a lot more control, so I’m still undecided.

There’s no doubt though that this is a fun camera which can take great pictures. If you wanted to try out film for the first time and didn’t yet feel confident enough to get going with a manual SLR, you could probably do worse than try out a Trip 35.