On 31st October 1999 the projector at Weymouth’s Picturedrome cinema flickered into life for the final time. The last film programmed was Disney’s Tarzan, and I sat in the auditorium and watched the last credits roll up the screen. 66 years of history drew to a close. During the previous two summers I’d worked there as an usher and popcorn seller, and so in the final weeks of the cinema’s life, I took my camera in and took some photographs for posterity… 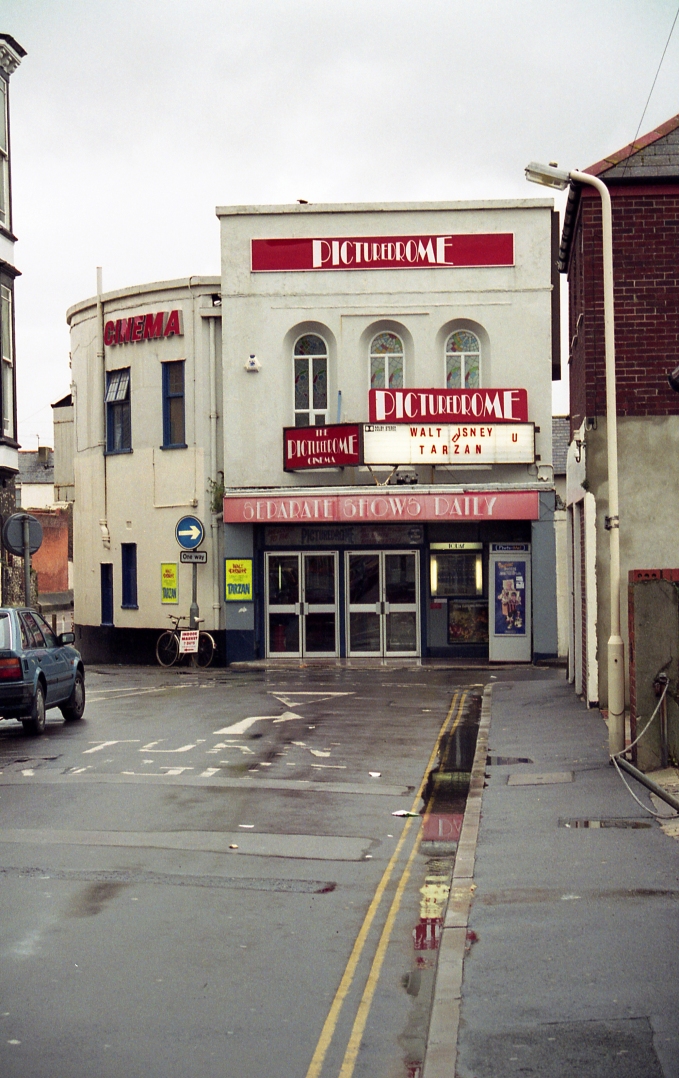 The cinema opened in 1933, as an Odeon, and had been converted from a bus garage. 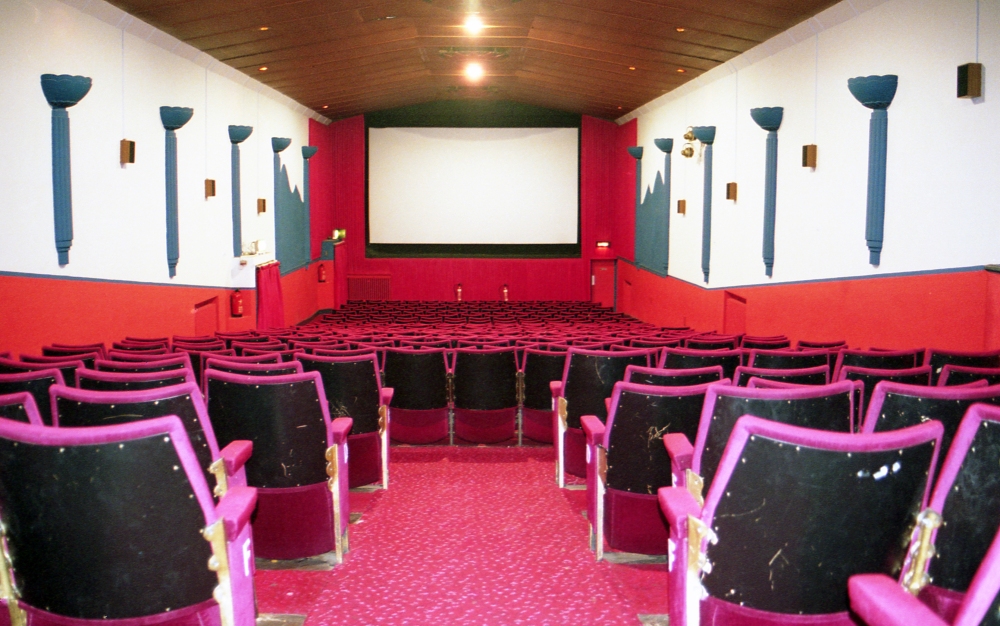 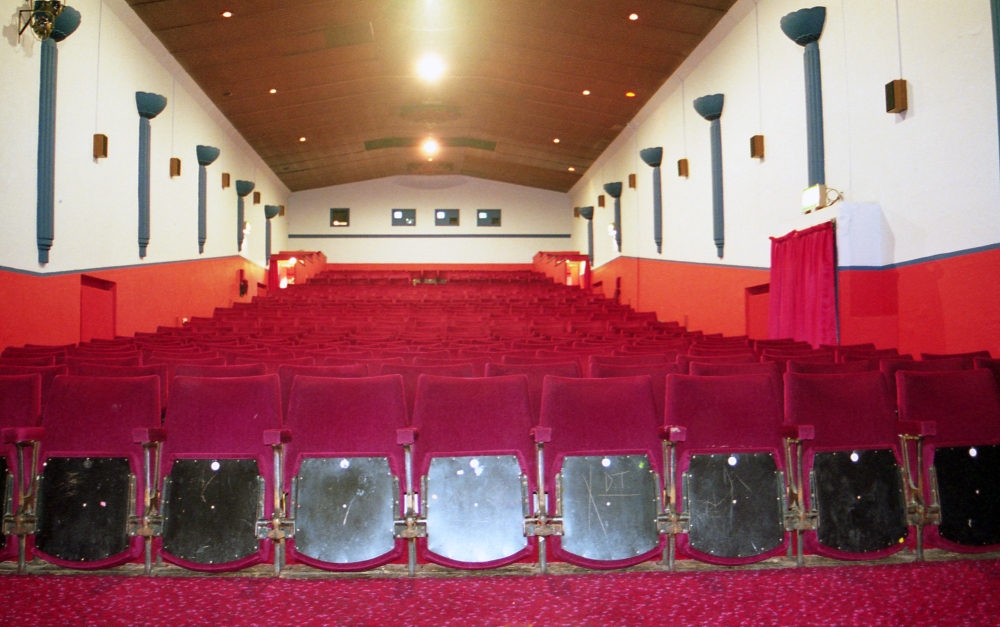 The auditorium originally seated over 500 people, but later in the cinema’s life the capacity was reduced to 412, presumably in an effort to improve comfort for the filmgoers. 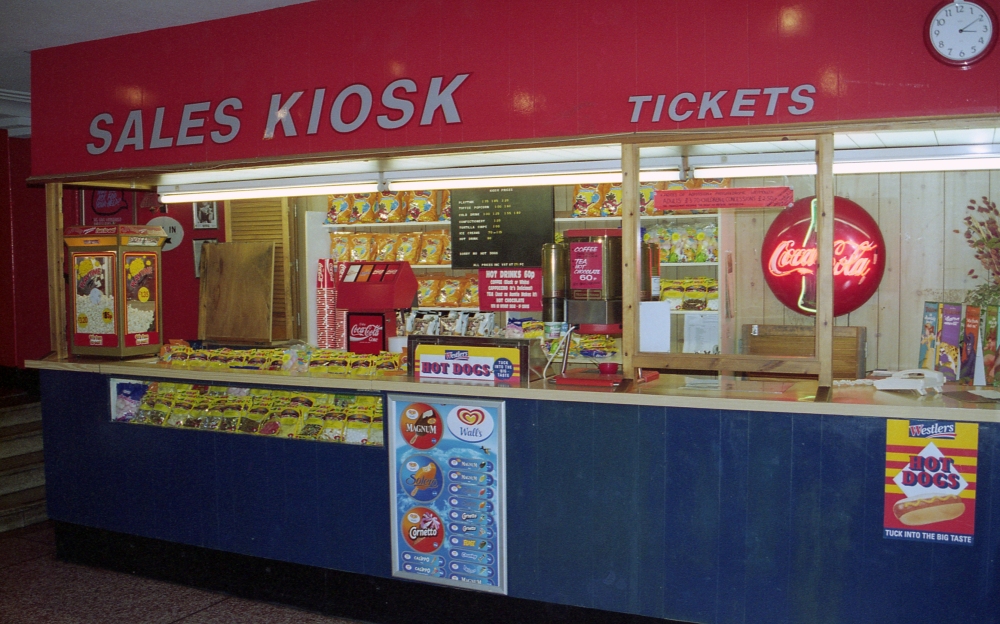 The ticket counter still used an ancient Automaticket machine for dispensing the little tiny tickets that are never seen today. I seem to remember child’s admission tickets being £2.70 and adults £3.50 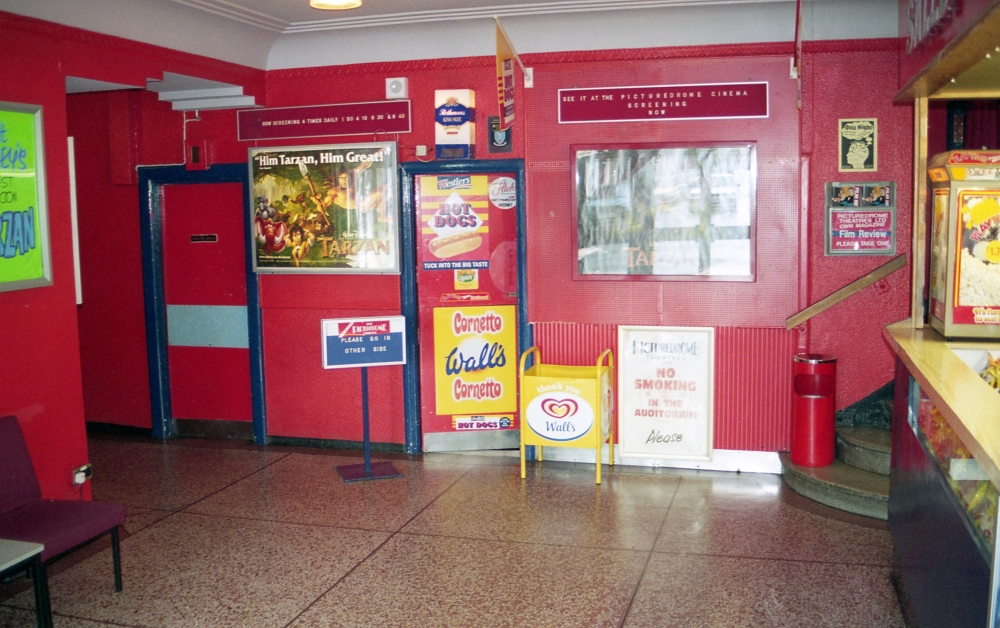 Customers entered the auditorium up the stairs to the right, but could exit from doors on either side. The door with the hot dog and ice-cream sign led to a storage room, and the one to the left of it was the staff room and where the popcorn, sweets and ice-creams were stored. 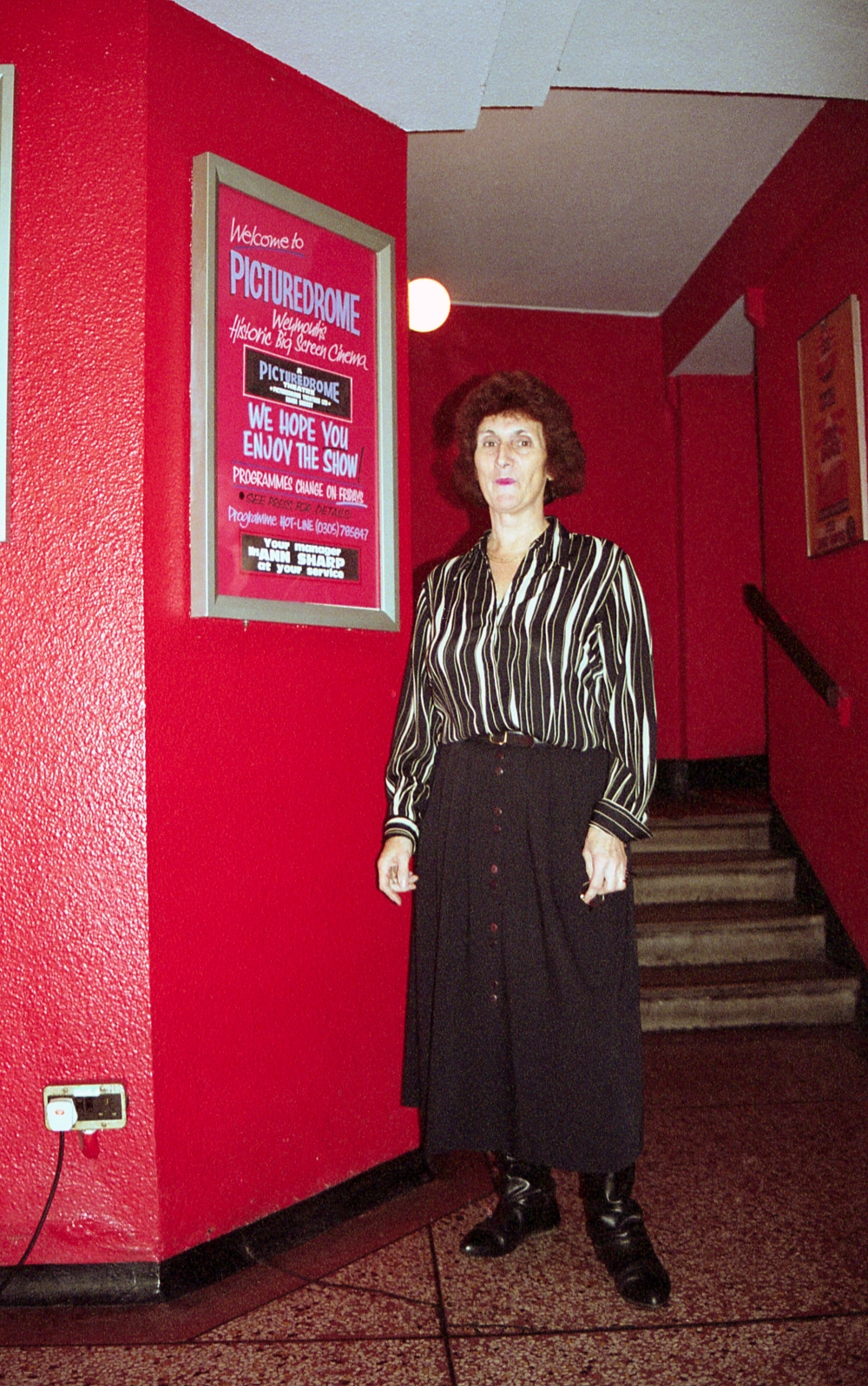 Ann Sharp was the Manager and a fantastically lovely woman. She’d worked in the cinema since the 70’s, if I remember what she told me correctly. 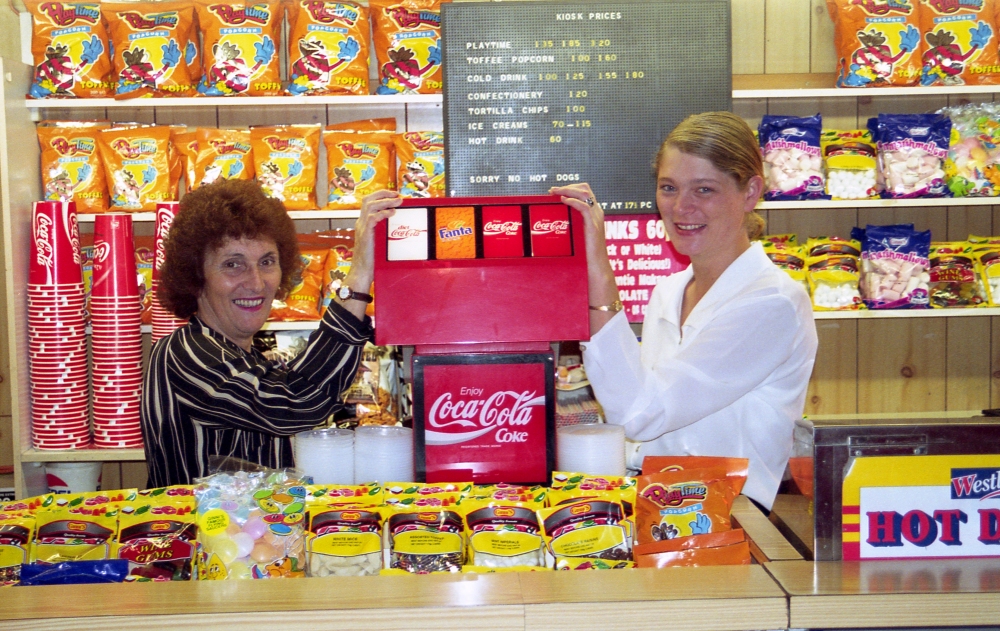 Ann and Assistant Manager Hayley behind the counter. Note how cheap the drinks and snacks prices are. There was no till and we all had to add everyone’s orders up in our heads. 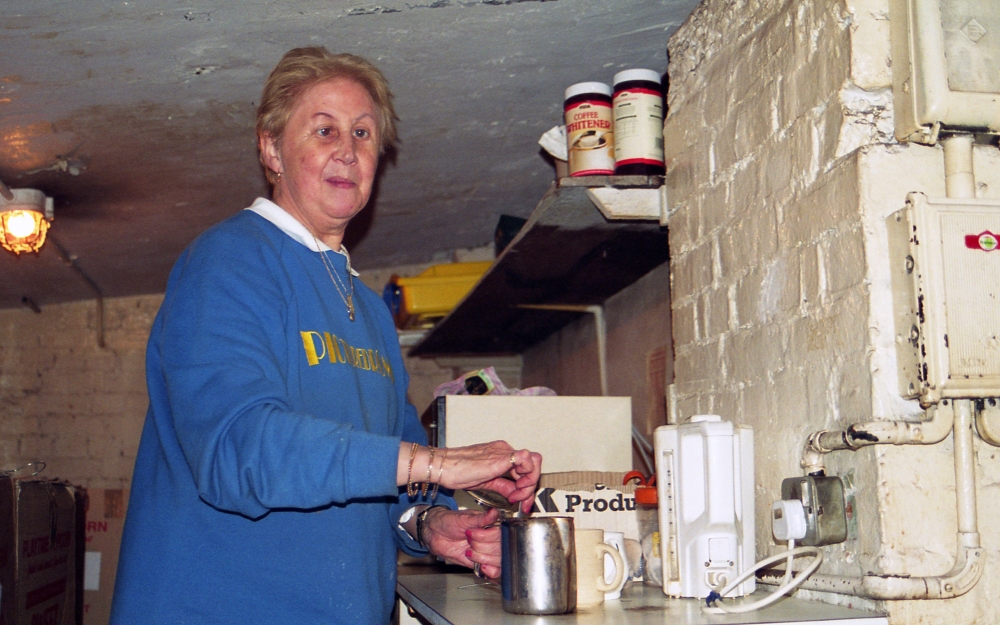 Most people who went to the cinema will remember Shirley, who has worked there since the mid-50’s. She would often come into the auditorium with a tray of ice-creams to sell before the film started. Here she is making a brew in the staff area, a sloped ceiling reflecting the raked floor of auditorium above. 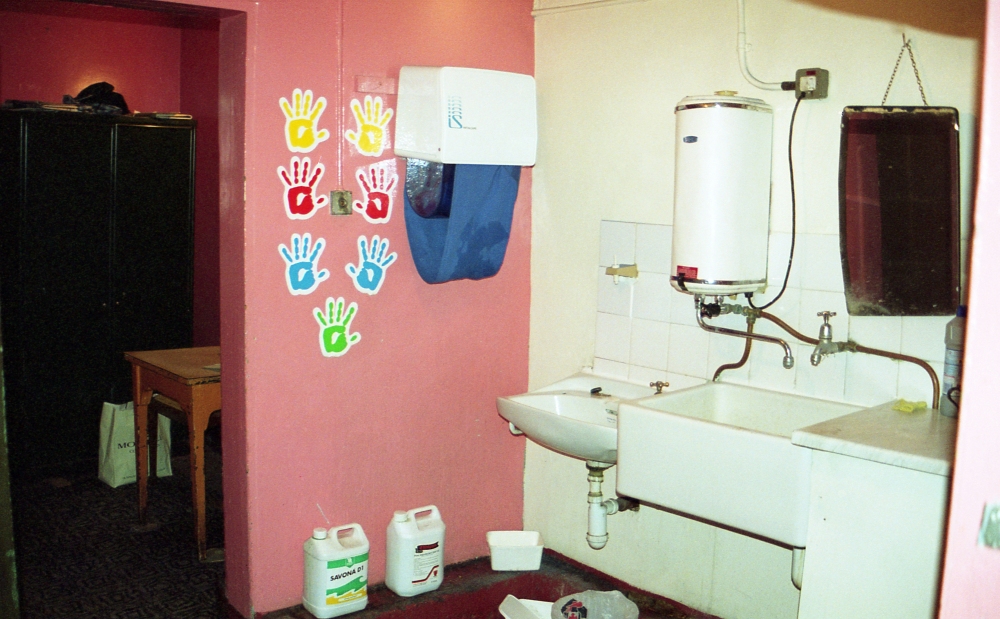 Another view of the glamorous staff area. 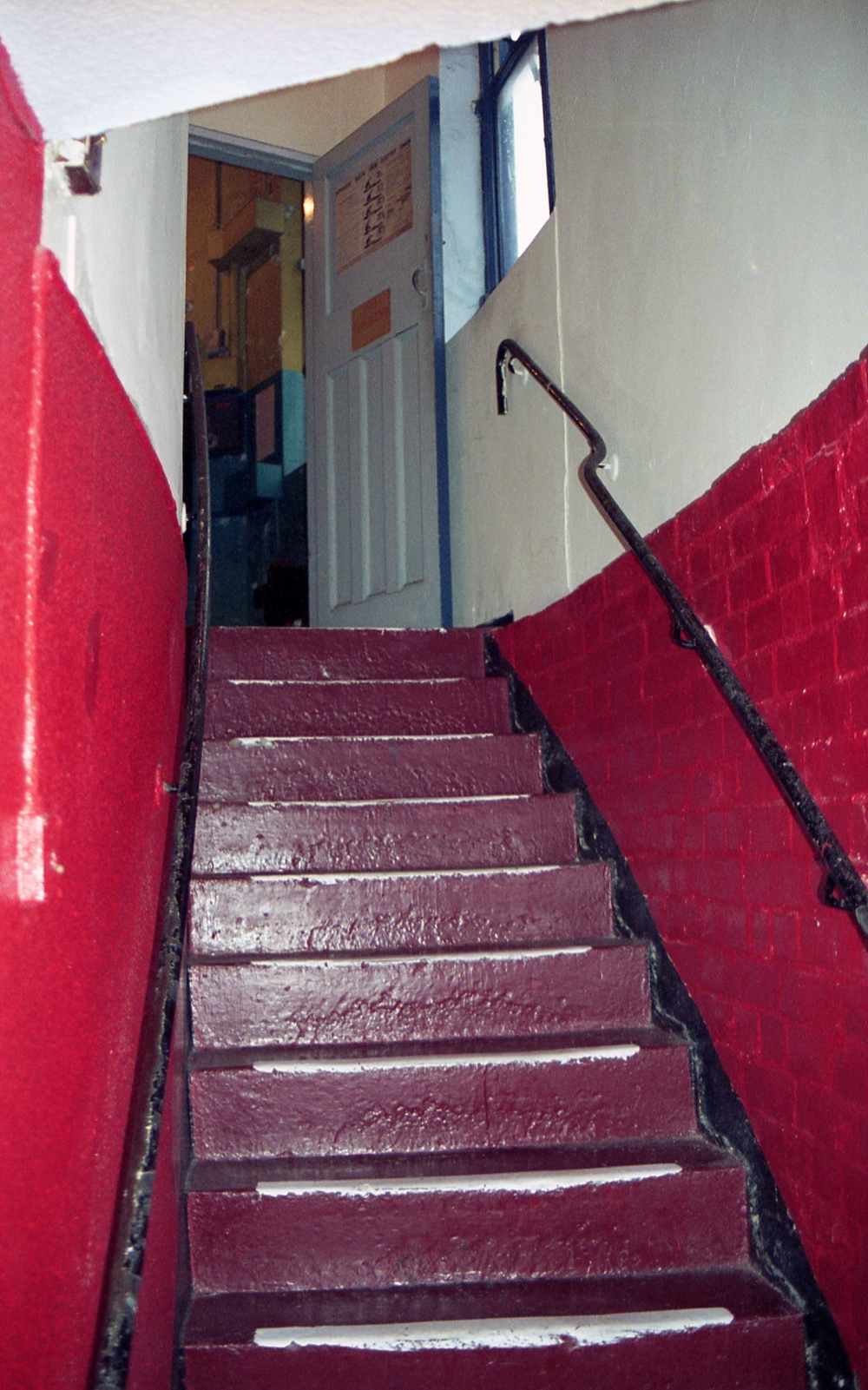 The staircase leading up to the office and the projector room. 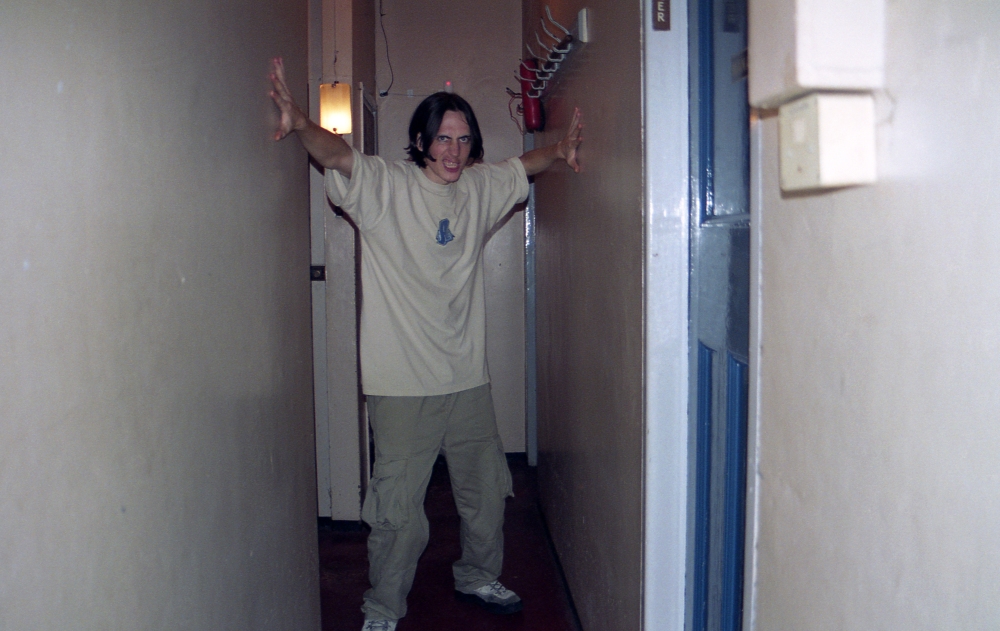 Glyn was the Assistant Projectionist. I remember “helping” him put together a film one day not long before the show was due on. All the films came in on 20 minute reels, and had to be joined along with the trailers and adverts onto one huge reel, and we managed to make a massive hash of it. Alvin the Senior Projectionist came back about 20 minutes before the programme went on and had to put it all together in quite a rush. He wasn’t totally impressed. 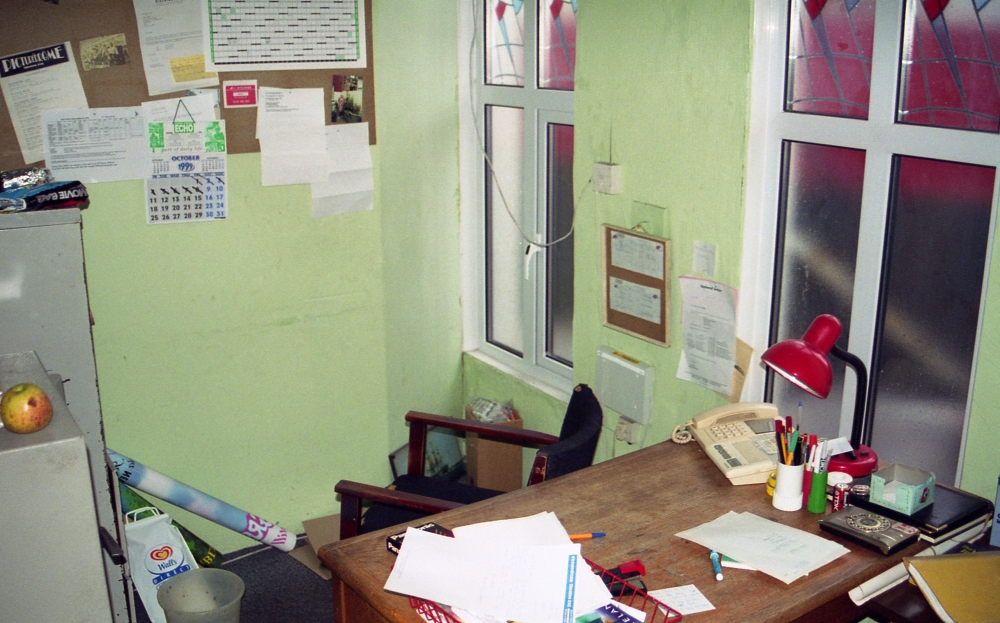 The office. Note no computer or even typewriter. Ann would write the following week’s film times out by hand and take it to the Dorset Echo office where an advert ran daily. 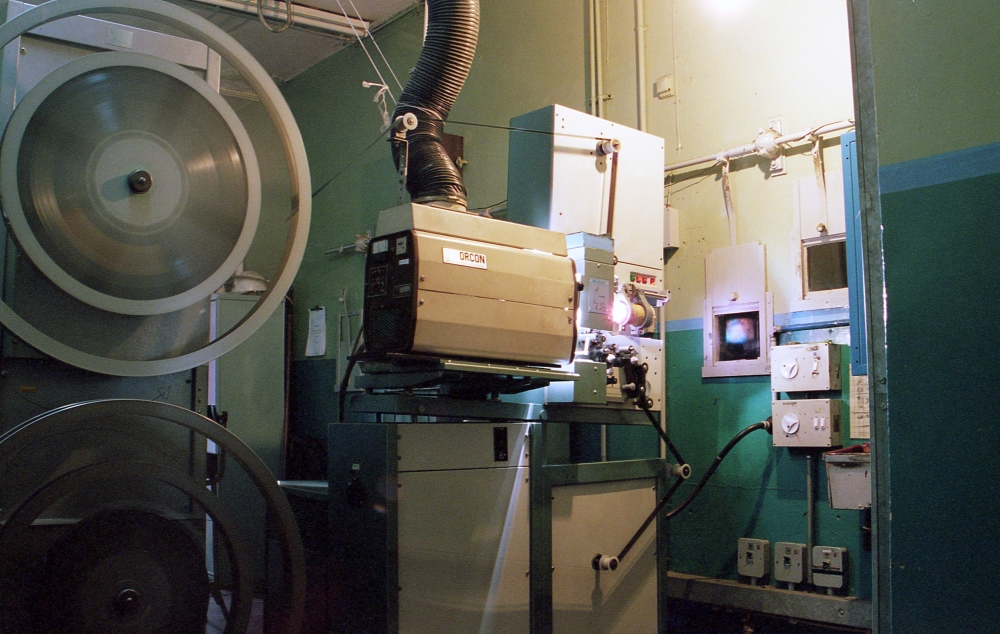 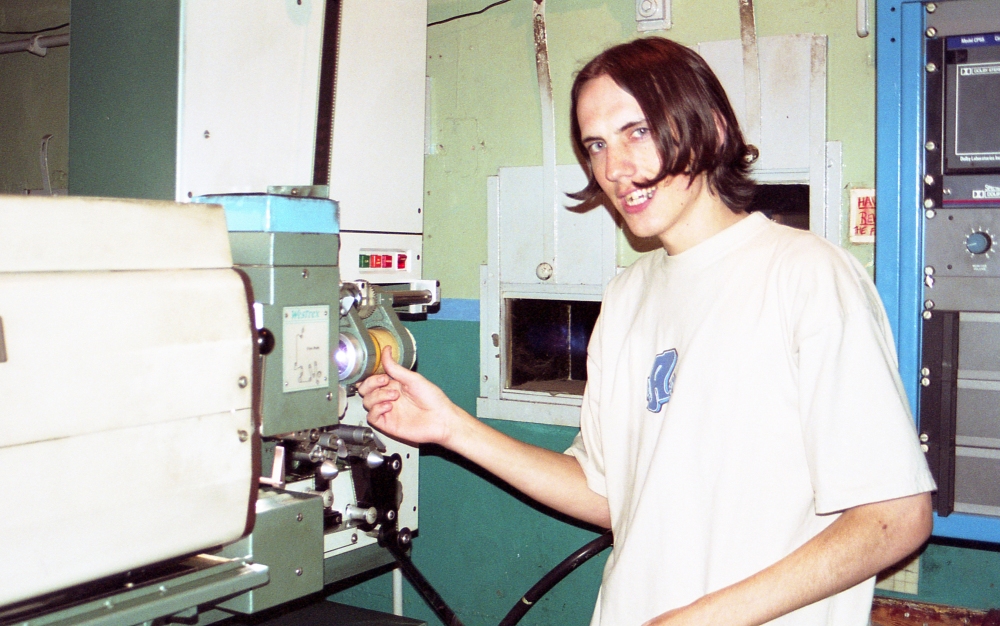 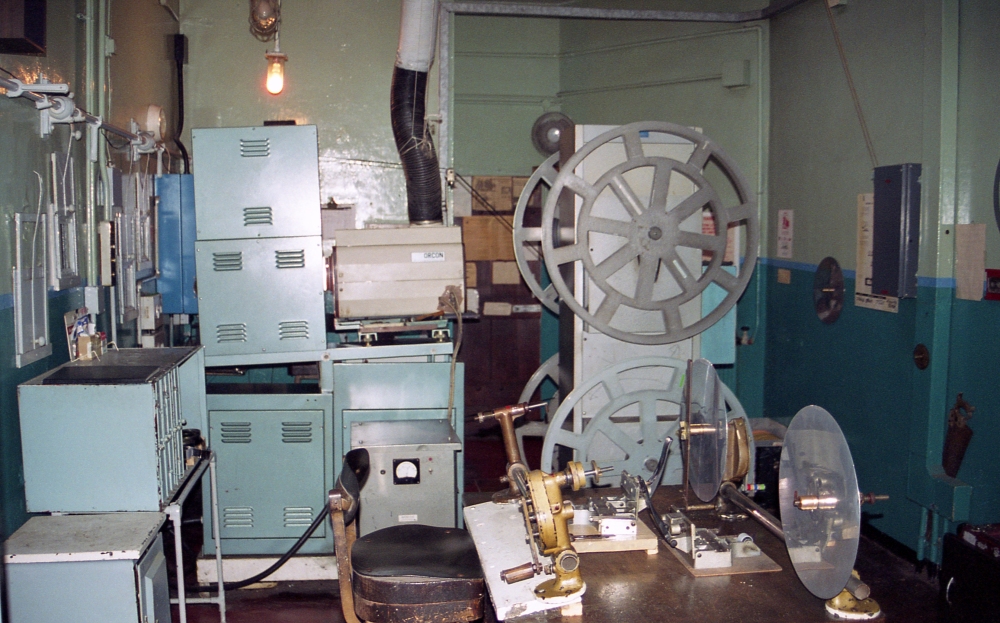 In the projection room. As mentioned, the programmes were put together using the work bench in the foreground, the film run onto the giant spools as seen on the tower on the right hand side. This was double sided and could rotate so two different shows could be ready at one time. This rotation also enabled the tower to line up with the winders on the work bench.

The films had to be rewound at very high speed at the end of each show, with the tension on the motors being adjusted manually throughout. It was absolutely terrifying. 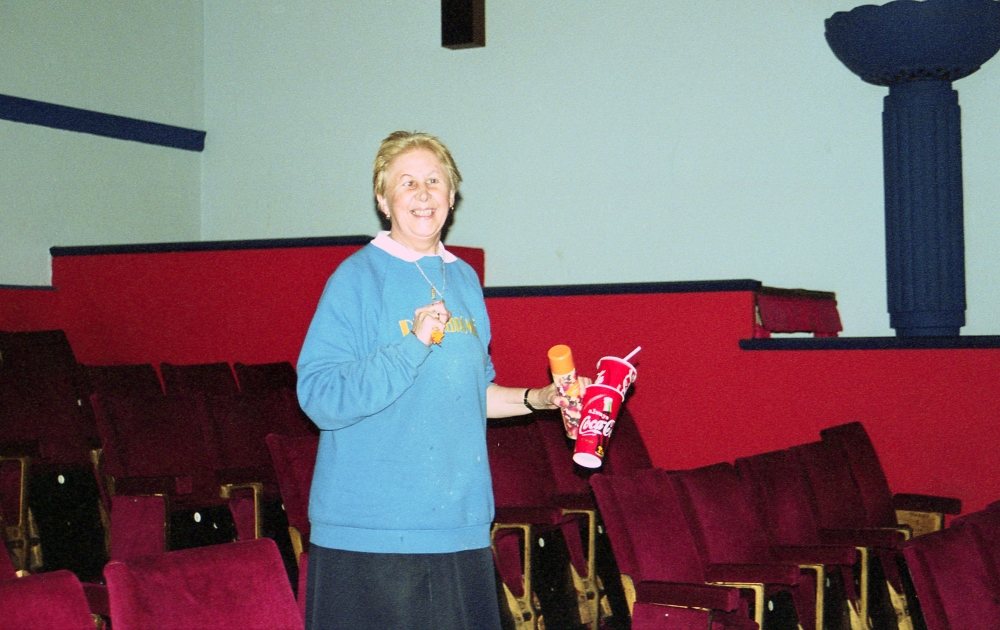 Shirley tidying the auditorium after a show. We had one of those garden hoovers for sucking up all the dropped popcorn off the floor. I loved using it.

Following are a few photographs I believe were taken on my friend Michelle’s camera, at a gathering of former employees very shortly before closure. 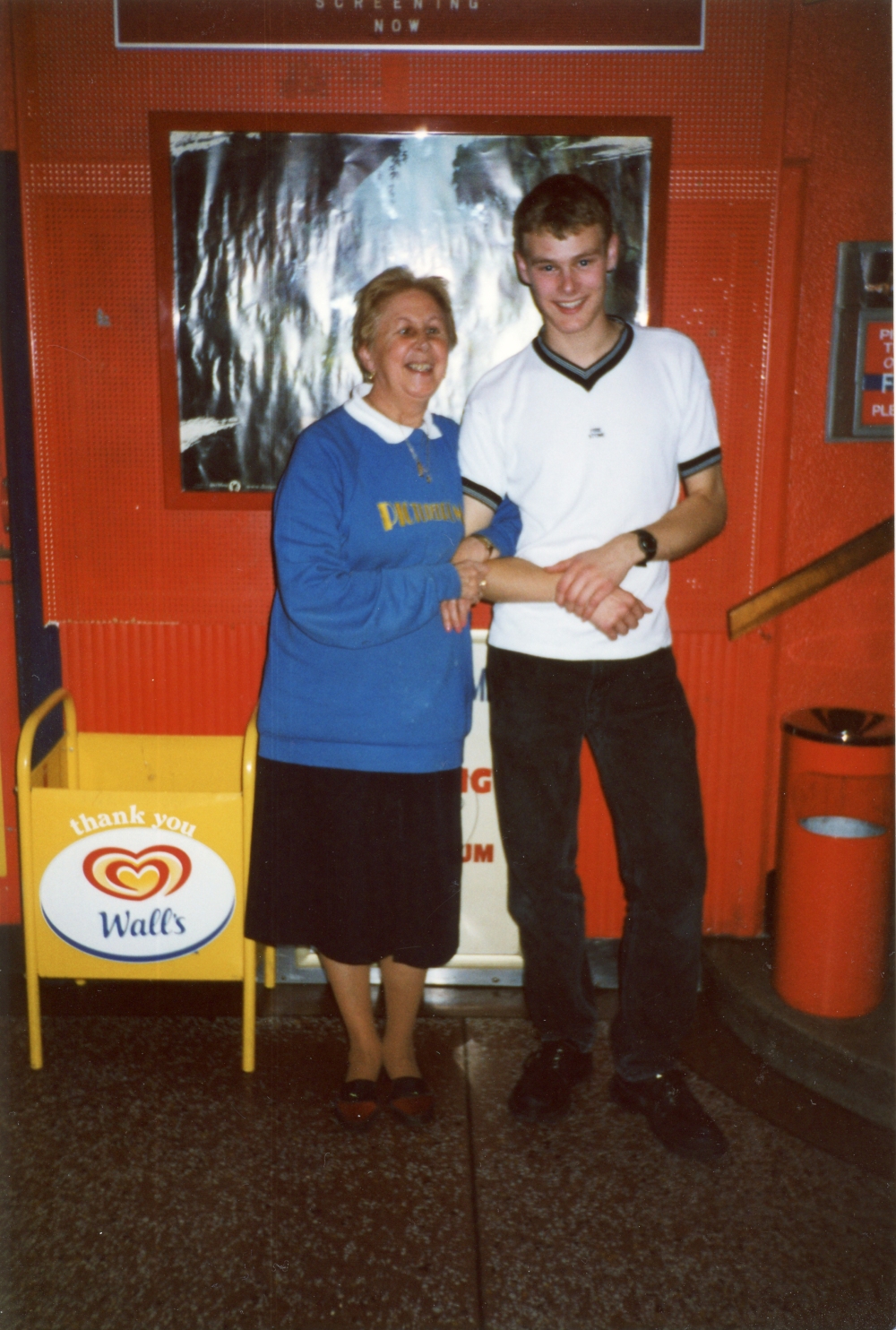 That’s me, looking very slim and youthful, with Shirley. 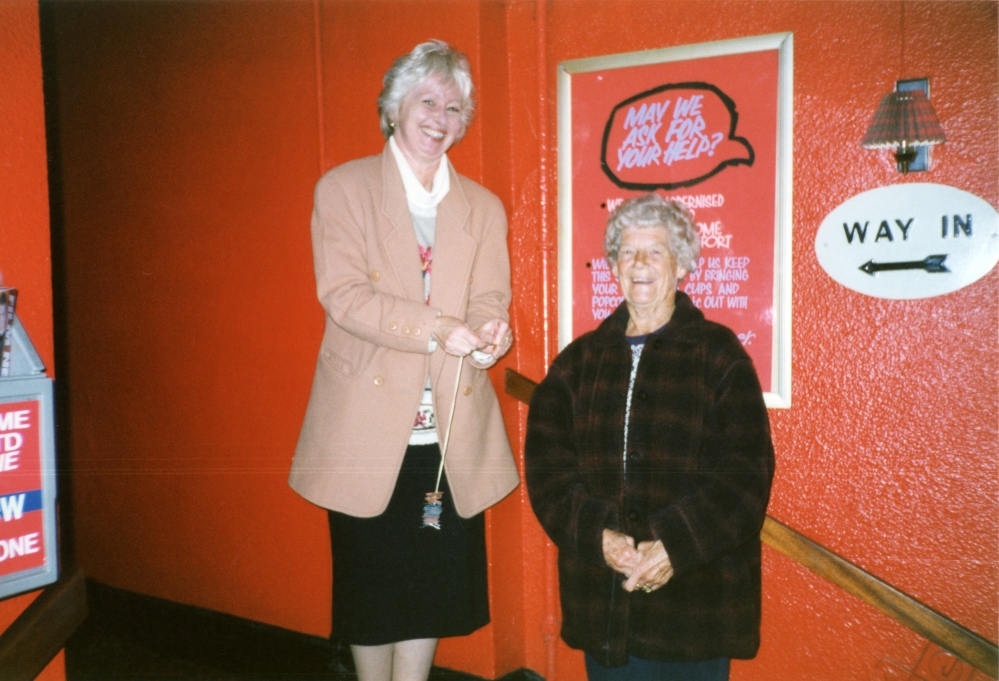 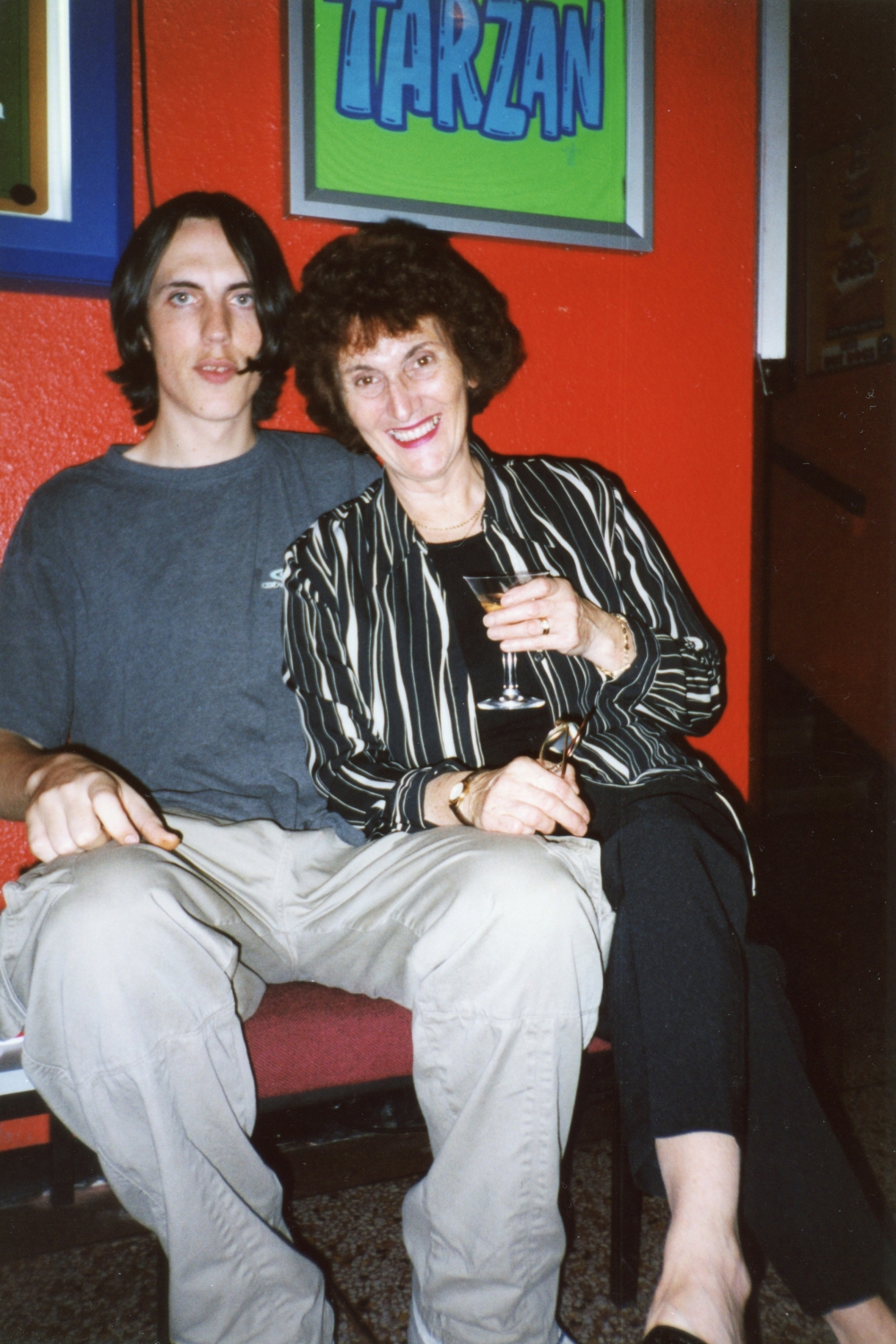 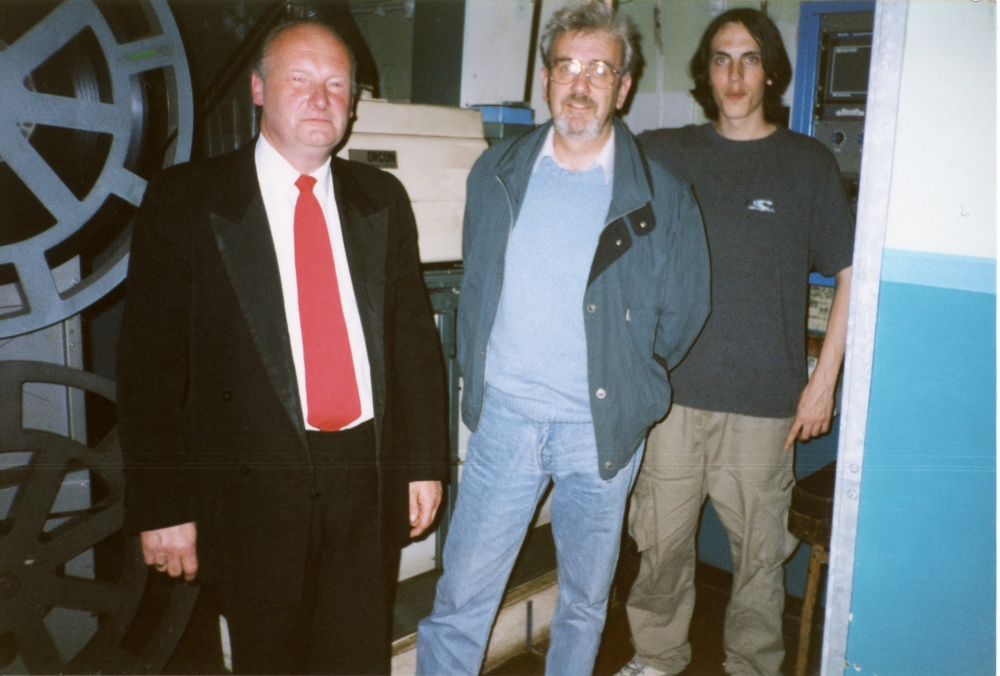 Alvin the Senior Projectionist is on the left. He was a real character and always had lots of hilarious stories to tell. 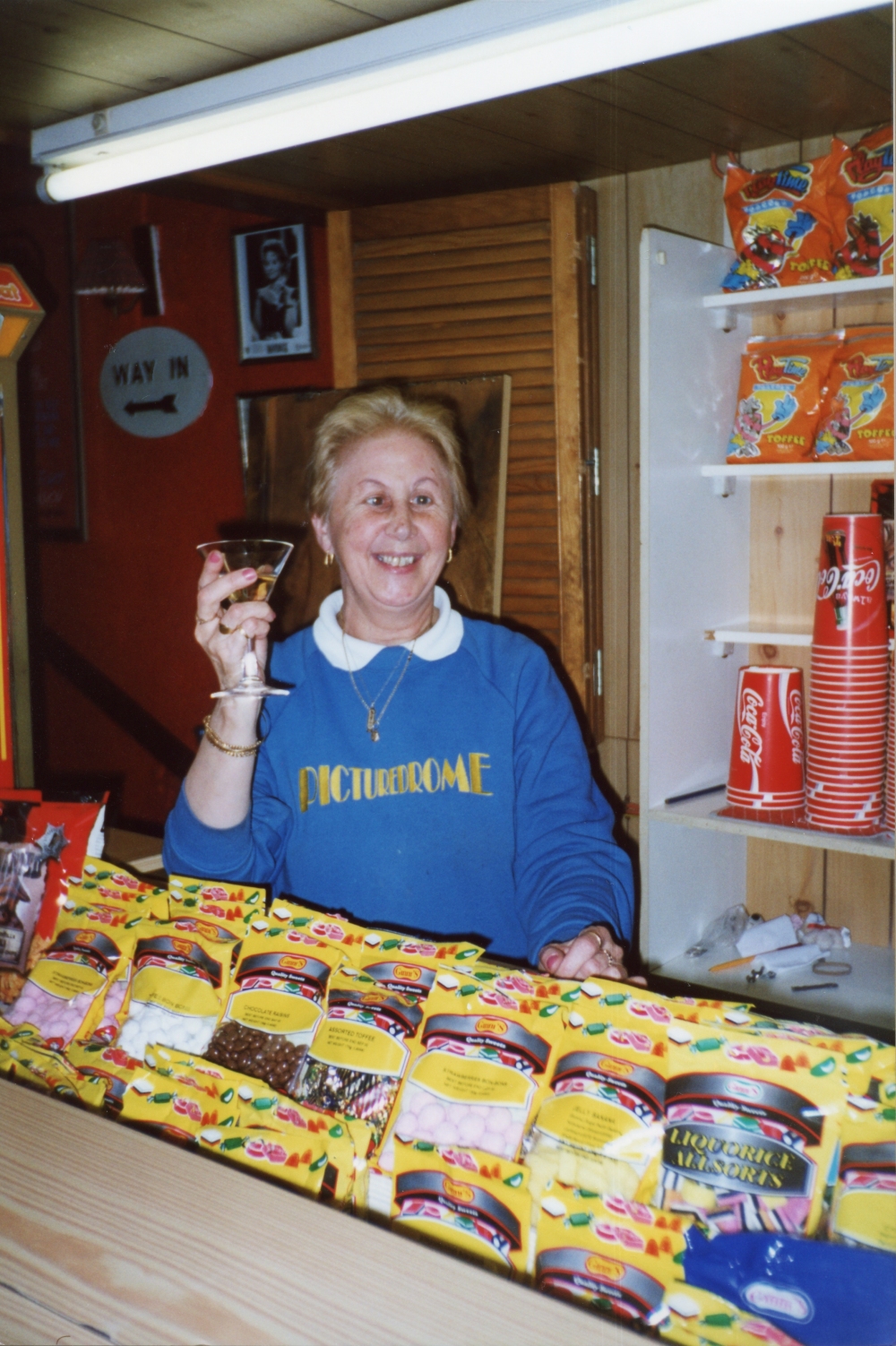 This “cast” photo below is a Dorset Echo picture and was taken for an article in the paper about the cinema closing. 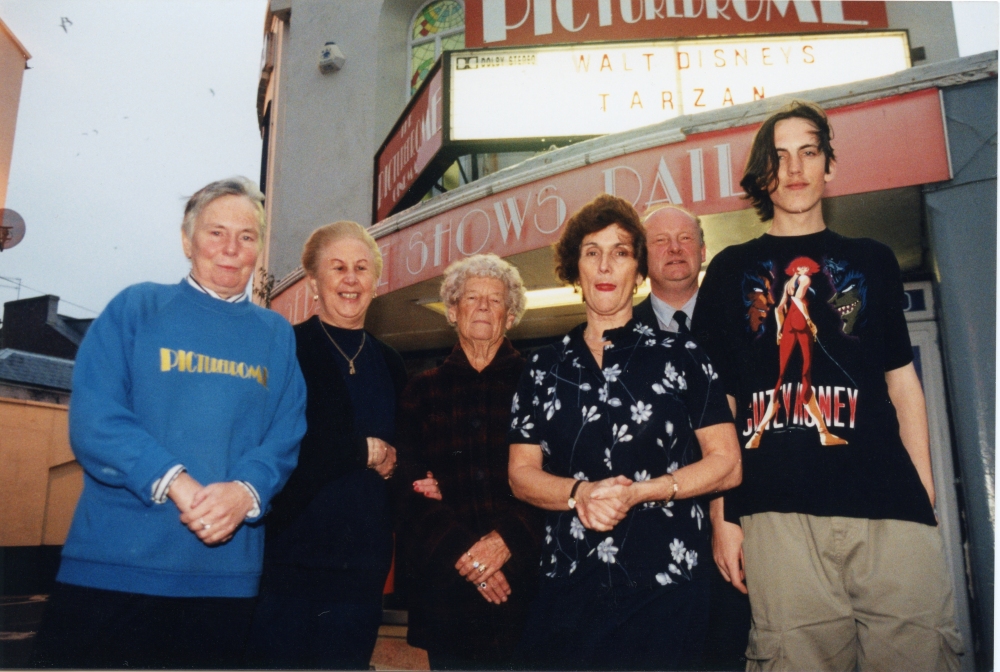 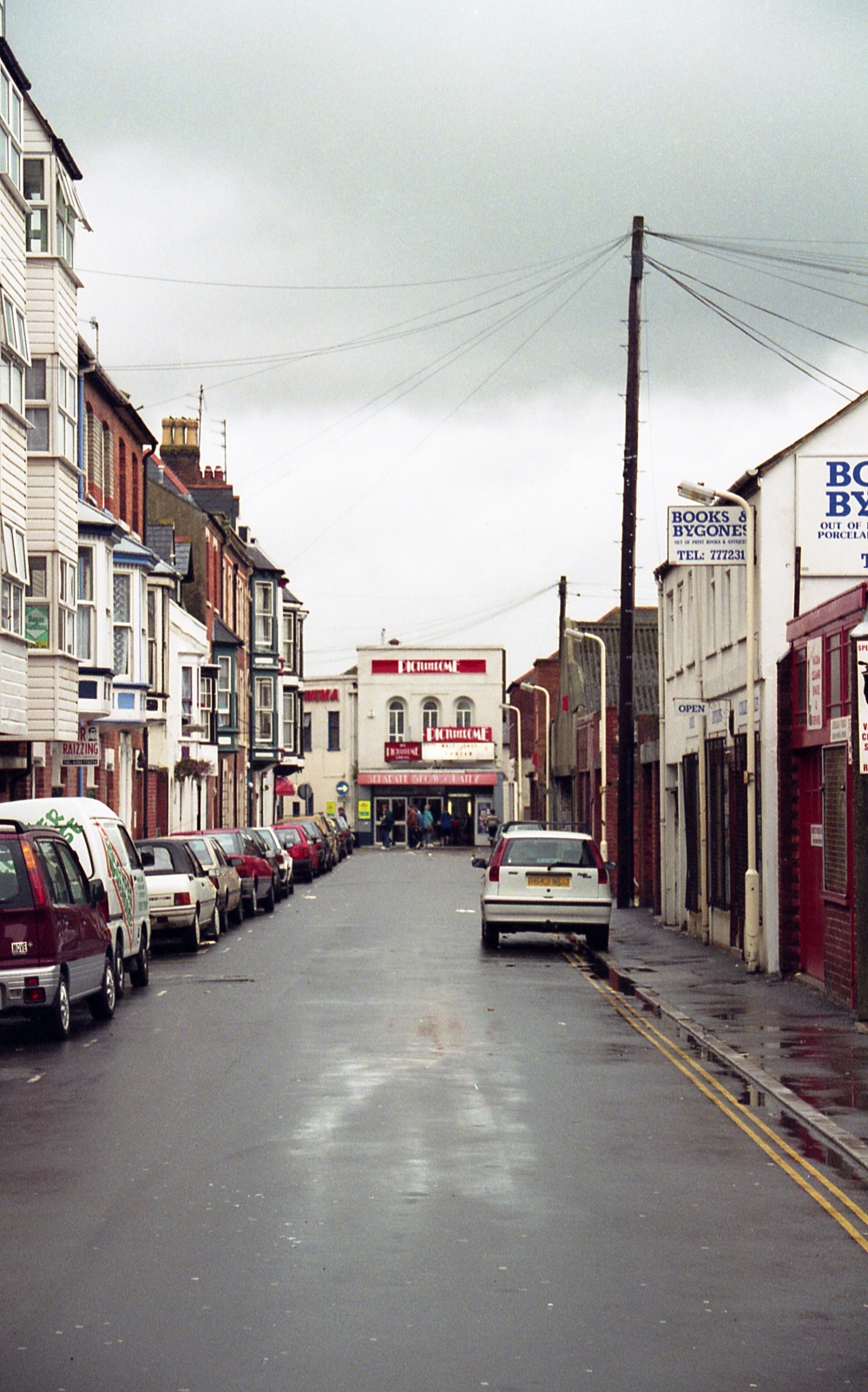 The building was finally demolished in the early 2000’s and was replaced by flats and a hair salon.

9 thoughts on “Last Days of the Picturedrome”