I’ve had the Panasonic LX100 for almost a year. It replaced a Fujifilm X10 which I loved very much, but the physical manual controls and the micro four thirds sensor (along with a smashing £200 cashback offer and unbelievably competitive price from Cameraworld) compelled me to upgrade to the LX100.

Unfortunately I’ve never particularly taken to it. The pictures have always unimpressed me, with noisy images even at low ISO, and absolutely horrible noise reduction in low light even with NR set to minimum. It’s only recently I’ve realised where I was going wrong – basically, I’ve only ever bothered using JPEGs from the camera. The Fuji X10 delivered lovely JPEGs and I never felt the need to mess about with RAW files. Early in my ownership I did try to import some RAW files from the Panasonic into Photoshop Elements, but my version wouldn’t support the file type.

By chance a couple of days ago I finally found out how to switch between the “stacked” JPEG and RAW files in Photos for Mac. I discovered the difference between the original LX100 camera JPEGs and the conversions in Photos was so astonishing that I had to post this comparison. It’s based on a photo I took whilst on a Thames Clipper with family in February which was taken at ISO 1600, an aperture of f/11 and shutter speed of 1/40 second. 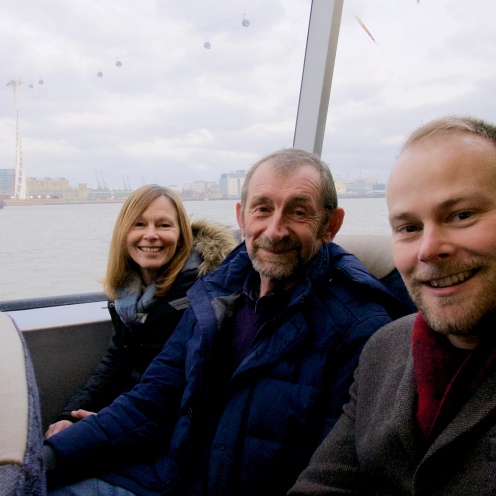 RAW file converted and edited in Photos for Mac

The difference between the two unedited versions is pretty clear. With adjustment, the comparison is stark. On the JPEG faces are a smeary mess with poor colour, and the pattern of my coat is squished into a mush. Whilst the noise on the RAW conversion is very apparent, it’s reminiscent of film grain which I don’t unappealing, and it certainly results in a better overall finish than the camera compressed image.

My taking from this will be to never bother with anything other than RAW on the LX100 ever again.

As mentioned earlier, my other issue is that even with RAW, the output is still not completely up to scratch at low sensitivities. Below is a photo I took on Sunday at London Southend Airport at ISO 200. 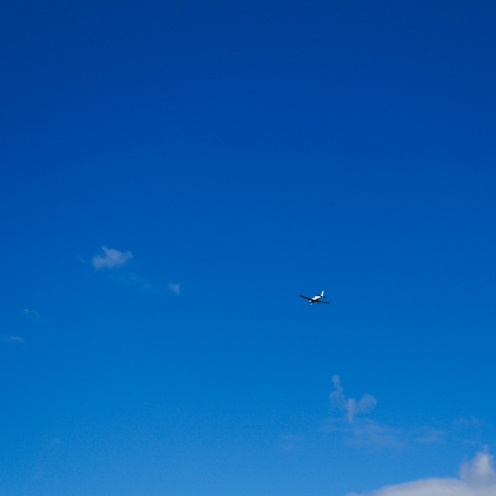 RAW file converted at auto enhanced with Photos for Mac

I’ve used the Enhance feature in Photos for Mac to deepen the sky and highlight the noise. In this case the RAW version is only slightly better than the JPEG. Perhaps my expectations are too high, but I’d have hoped a M43 sensor might be able to be able to deliver a smoother image than this?

So there we go. At this point I’m wondering whether I might be happier going back to Fujifilm for my compact camera needs…